Is Udaipur the most Beautiful city in Rajasthan?

Is Udaipur the most Beautiful city in Rajasthan?

Beside shimmering Lake Pichola, with the ochre and purple ridges of the wooded Aravalli Hills stretching away in every direction, Udaipur has an idyllic setting unmatched in Rajasthan and arguably in all of India. Also known as ‘City of the Lakes’, writer Rudyard Kipling remarked of Udaipur that you would surely "see it and die". Founded in 1559, this fairy-tale city is India at its most quintessentially romantic, with its intricate sequence of balconied palaces, ornate temples, whitewashed havelis and bathing ghats clustered around the waters of the lake – or, in the case of the Taj Lake Palace hotel and Jagmandir Island, floating magically upon them.

For the visitor, there's the tranquillity of boat rides on the lake, the bustle and vibrancy of ancient bazaars, a lively arts scene, the quaint old-world feel of its heritage hotels, endless tempting shops and some lovely countryside to explore on wheels, feet or horseback. The colourful, crooked streets burst with small galleries and bookshops, perfect for browsing during a stroll through the buzzing markets. There are also forts, temples and museums to visit all within easy reach.

A magical place to visit with royal roots and rich, vibrant culture, Udaipur is a lovely place for simply pottering about and recharging your batteries after a journey through north India. Although it’s possible to take in most of the sights in a few days, many people spend at least a week exploring the city and the various attractions scattered about the surrounding countryside.

Surmounted by balconies, towers and cupolas, the imposing City Palace is Rajasthan’s largest palace. Set at the edge of Lake Pichola, the palace is a monumental, ornately-carved structure by day and a glittering beacon over the water by night. Construction began in 1599 by Maharana Udai Singh II, the city’s founder. It later became a conglomeration of buildings (including 11 separate smaller palaces) built and extended between the 16th and 20th centuries by 22 different maharanas. The result is a fascinating combination of Rajasthani and Mughal architecture. The main part of the Palace is open as a museum where the rooms are extravagantly decorated with mirrors, tiles and paintings and house a large collection of artefacts.

Used by the royal family as a summer retreat, the palace on Jagmandir Island on Lake Pichola was built by Maharana Karan Singh II in 1620 and added to by his successor Maharana Jagat Singh. The palace then changed very little until recently when it was partly converted into an aseven-bedroom hotel with lush gardens and marble chambers, exquisitely inlaid with coloured stone. A row of enormous stone elephants flanks the entrance, leading to an ornate tower, the Gol Mahal, carved from bluestone and containing a small exhibit on Jagmandir’s history. This island palace provided refuge to Prince Khurram (who later became the Mughal emperor Shah Jahan) while he rebelled against his father. The palace is believed to have inspired many of his ideas for the Taj Mahal.

One kilometre north of Lake Pichola, Fateh Sagar Lake, otherwise known as the ‘second Kashmir’, is one of the four beautiful lakes in Udaipur. Ringed by luscious green hills, it was dammed in 1678 by Maharana Jai Singh, but reconstructed by Maharana Fateh Singh in 1888 to commemorate the visit of the Duke of Connaught after heavy rains destroyed the dam. A pleasant drive winds along the east bank and boating on the glistening lake is magical, particularly at sunset. In the middle of the lake is Nehru Park, a garden island with a lovely boat-shaped restaurant and a small zoo for children. The Moti Magri Hill, overlooking the lake, features Udaipur’s great 16th-century warrior, Maharana Pratap and his valiant steed, Chetak.

In the north of the city, on the banks of Fateh Sagar Lake, the charming Saheliyon-ki-Bari was built by Sangram Singh II in 1710for his new wife. Known as ‘the Garden of Maids’, this small, quaint ornamental garden was laid out for the enjoyment of the 48 women attendants who came as part of a princess’ dowry and has beautiful, well-maintained fountains (many imported from Europe) – the princess expressed a desire to enjoy rain at whim despite being in the middle of a desert. There is also a delightful rose garden, marble elephants (each sculptured out of a single piece of marble) and a pretty lotus pool. The museum is another great attraction of this garden, exhibiting a huge collection of ancient pictures and artefacts from the royal households of Udaipur’s Mewar dynasty.

In the village of Kailashpuri – only 22km north of Udaipur – the fascinating Eklingji Temple Complex, with its extraordinarily well-preserved 108 temples devoted to the god Shiva, is a must-see. According to legend, the main building was built in the 8th century by the early Mewar king Bappa Rawal, although the temple’s present form dates from the 15th-century rule of Maharana Raimal. Constructed from sandstone and marble, it has an elaborately pillared hall under a large pyramidal roof and features a towering four-faced, black-marble image of Eklingji, an incarnation of Shiva.

A stone’s throw away is Nagda, an early Mewar capital, established in the 7th century. It was ruined by the invader Altamash in the 1220s but is still worth a visit with two twin structures dedicated to Lord Vishnu. They’re renowned for their extravagant sculptures portraying amorous couples and scenes from the epic Ramayana.

Famed for its high-quality silver jewellery and incredible miniature paintings, an art form that goes back hundreds of years, the streets of Udaipur offer a number of fantastic shopping opportunities. Alongside the stunning jewellery and paintings, there is some exquisite marble homeware to snap up. Rajasthan is also known for its ornate, colourful embroidery. One of the best places in Udaipur to find handcrafted souvenirs isSadhna, a women’s craft collective that benefits the local community and sells gorgeous products, from Kurtis and cushions to table cloths and bags. Another traditional part of the Rajasthani culture is puppet shows. Those looking for a one-of-a-kind souvenir should peruse the city’s many puppet shops for an unusual memento of their travels.

Here’s our pick of the top three places to stay in Udaipur, Rajasthan:

Floating on Lake Pichola, Taj Lake Palace is perhaps the most romantic hotel in India. Constructed in 1743 as a pleasure palace for the royal family of Mewar, this white marble masterpiece boasts a stunning 360-degree view of the city. The interior oozes elegance and glamour, sumptuously decorated with rich Indian textiles. The 66 rooms are incredibly regal – and come with round-the-clock butler service. The floating spa seals the luxurious experience. Indian cuisine is presented at Neel Kamal, while the open-air rooftop restaurant Bhairo, with live performances from Rajasthani musicians, has unrivalled vistas. For an unforgettable romantic meal, couples can opt for Mewar Terrace, an intimate domed pavilion for two which sits on the lake.

Rising from the banks of Lake Pichola, the Oberoi Udaivilas is an oasis of peace and luxury. Sitting on the 200-year-old former hunting grounds of the Maharanas of Mewar, this regal retreat is a maze of honeycomb-coloured domes and terraces, dotted with cobalt blue pools, sparkling fountains and flooded with sunlight. The 87 rooms and suites are decorated in Rajasthani royal style, mixing bold colours with a desert palette. The hotel chefs have been trained in palace cuisine and the result is excellent. Enjoy an al fresco dinner at Chandni with its dramatic views of the city or soak up traditional music and tuck into local cuisine at the domed Udaimahal. The Oberoi spa ticks all the boxes, too, with Ayurvedic, Eastern and Western treatments.

Built in the style of a grand Maharaja's palace, The Leela Palace is royal Rajasthan at its very best. Set on breathtakingly beautiful Lake Pichola, the property is the only hotel in Udaipur which offers a lake view from the private balconies of all its 80 rooms and suites. The style is incredibly regal with stunning furnishings and locally-made artefacts. All the modern amenities are here, too: flat screen TVs, iPod docks and a surround sound system. There’s a lovely tented spa and large pool which are perfect for relaxing after a day’s sightseeing in Udaipur. There are three restaurants and bars to enjoy: the Dining Room, serving international cuisine, the Sheesh Mahal, a fine-dining Indian restaurant and the Library Bar, a superb old fashioned bar offering anything from Champagne to Single Malts.

If you’d like to explore the best of Udaipur, please do get in touch with us. We’d be delighted to prepare a tailor-made luxury itinerary based on your tastes, schedule and budget. Meanwhile, for inspiration on how Udaipur may best fit within your wider itinerary, may we recommend browsing through our itineraries 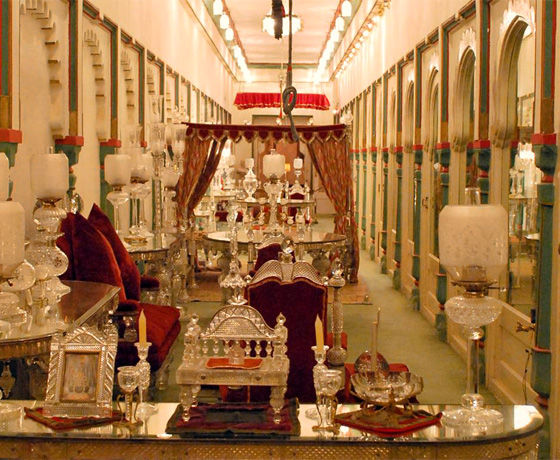 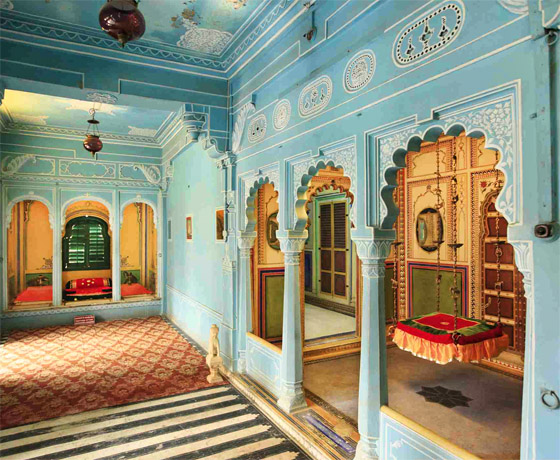 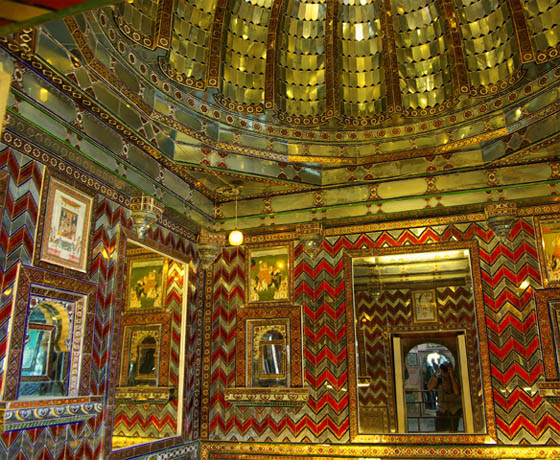 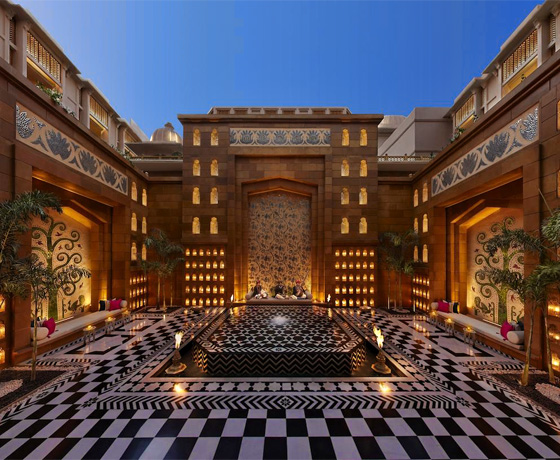 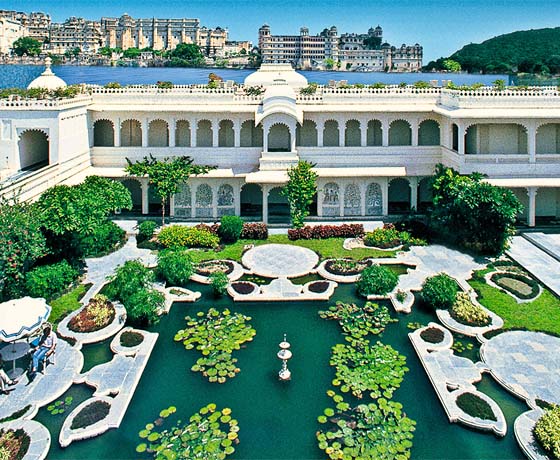 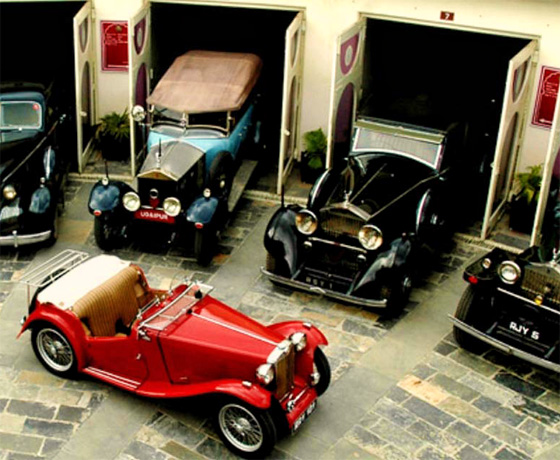